How to handle that one piece of nasty feedback 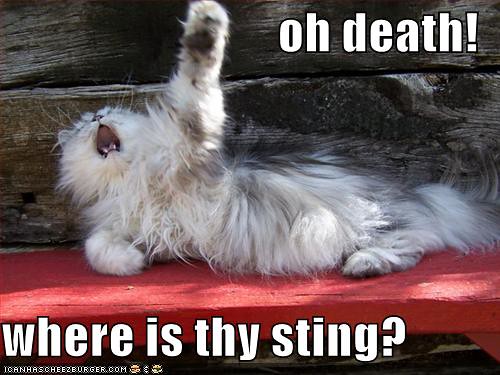 Yes, you’ve received nasty feedback. One ugly, trivial snipe among the pile of other people’s helpful or complimentary comments. But that one snipe has the power to drive all the good, helpful stuff out of your brain and trash any confidence you had about your presentation.

Here’s how to deal with it: ignore it. If that complaint is an outlier, than it is of no value to you. Unless it is one of several complaints about the same issue, than it isn’t something you should be wasting your time on.

I fully recognize that ignoring nasty one-off comments is difficult. We are, after all, programmed to pay more attention to things that are negative, upsetting, or threatening. But when you pay too much attention to such things, your confidence shrivels up and you stop thinking rationally. Your internal dialog shifts from “now how can I improve this?” to “I’m a fraud and everyone hates me!” in about 0.35 seconds.

This is not to say that you should simply ignore feedback that doesn’t appeal to you – that would be irresponsible. You don’t want to bury your head in the sand if there is an aspect of your content or speaking style that needs improvement. But don’t obsess over one-off derisions, nitpicks, or the occasional crank. Instead, look for themes within the comments. Are several people pointing out the same distracting characteristic, or are confused about the same concept? Were there multiple people saying they had a hard time hearing you, or that they wanted to know more about Brilliant Idea XYZ?

The same goes for positive comments. One-off praise doesn’t mean much – not as much as praise from several different people. As much as we might want to frame and display that one comment that heralds us as the next Great Thinker, if all the other feedback indicates that the presentation had some gaps, then you have some work to do and some gaps to fix.

When going through feedback, don’t focus on outliers. Think like a statistician creating a truncated mean – toss the most insulting and most complimentary pieces of feedback, then take the rest and look for recurring themes or issues instead. If most commenters love a particular aspect of your talk, such as your energy, or the way you break down the information, then capitalize on those strengths in future presentations. If several people have pointed out something that you could fix, than you should fix it before you give the talk again.

But by all means, ignore that one curmudgeon who groused about your ‘annoying voice.’ You have bigger fish to fry.

(And if you need to start rebuilding some confidence after reading one or two nasty comments, I’ve got some suggestions you can try.)

Communication, presence, and other insights for women in leadership
March 7, 2022

Level Up Your Mental Game Through The Power of Language: Interview with Jamie Salé
March 23, 2021

How to Own Your Natural Voice
January 30, 2020
Go to Top
Ready to level up your public speaking & communication? 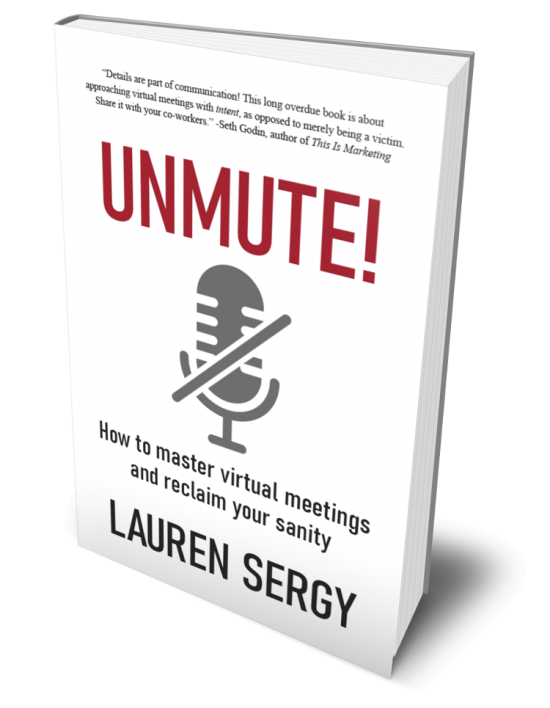 Enter in your email address to get Lauren's latest content, PLUS the Intro & Chapter 1 of Lauren's hilarious and practical book UNMUTE! How to Master Virtual Meetings and Reclaim Your Sanity
By opting in, you'll get Lauren's latest articles, videos, and tips on all things public speaking and communication. Emails are approximately once every two weeks - your inbox will not be flooded, and there is no spam, ever.
Keep on top of my latest articles, videos, and resources
Sign up and I'll send you not only my latest content, but also the first two chapters of my latest book "UNMUTE!" and resources I only share with my newsletter subscribers.
Your information will *never* be shared or sold to a 3rd party. You can unsubscribe at any time.